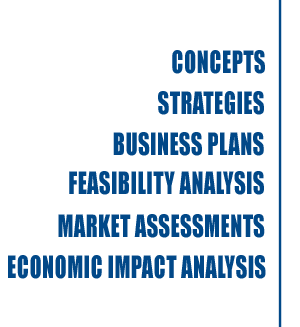 Highway signage for tourism businesses in Nova Scotia has been a long-standing issue within the province.  EPG worked extensively on the foundation for a new system in the late 1990s including extensive research into programs in use elsewhere and an industry consultation program around the province. The outcome was proposals for a standardized signage system, the details of which were developed by a government/ industry committee.  The program was implemented in part (a LOGO Program for the major highways).

Another area of specialized expertise is in doing the market analysis for casinos.  Our work in this field includes: